Vanguard Revisited: 2010-12:
Taylor was one of the youth published in Vanguard Revisited.  In this video, Taylor reflects on the weekly Monday gatherings, how it helped the youth stay in touch and how it felt to work with pastors.

Return to the Exhibit
Posted by Rev. Dr. Megan Rohrer at 4:42 PM 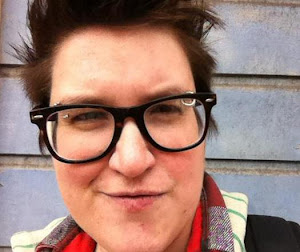